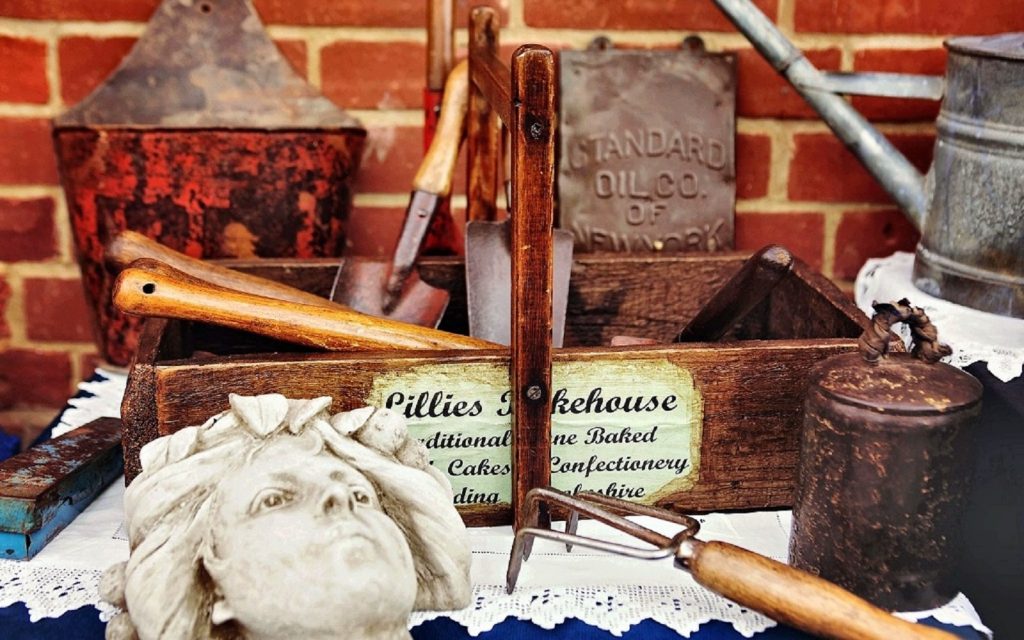 An antique, by definition, should be 100 years old, whereas a collectable is anything desirable from the past. We shall look to explore the areas that investors consider worth spending their money on in the hope of a future return.

In the short term the gold market is volatile, but over the long term it is an investment well worth considering. During the years, it has held its own against inflation and the erosion of some major currencies. The age of gold is measured by its hallmarks. A date letter that can precisely date an antique piece. However, despite an item’s age, it is also worth its bullion price, or meltdown value. One of the most popular ways of collecting gold is to collect gold sovereigns. These are made from 22ct gold and no longer exist as currency, but instead, are collected specifically as an investment. A full sovereign without much wear should weigh 7.98g.

The demand for modern paintings has a lot to do with personal taste, but the value of old ones depends on who painted them. The most expensive painting ever sold was Leonarda da Vinci’s Salvator Mundi, painted around 1500. It was sold at auction for $450.3 million on 15 November 2017.

Chippendale is a favourite among antique dealers. Pieces can sell for thousands. The legs and feet of Chippendale furniture define it. Look out for cabriole legs. These are furniture legs that curve outwards. Also, these pieces will have ornamental feet. Their maker, Thomas Chippendale, was born in Otley, West Riding of Yorkshire in 1718 and became a cabinet maker who worked in London. His furniture was produced in English Rococo and Neoclassical styles. Rococo furniture is characterized by elaborate ornamental and late baroque-type decoration. Neoclassical is Greek and Roman-inspired, taking its inspiration from grand scale simple and geometric forms. For example, Greece’s Doric columns. Occasionally you may come across pieces that have been marked down potentially due to damage. However, these can still be a good buy as sometimes Personal Property Restoration Services can help with fixing and restoring the item for you if you did buy damaged furniture. It is important to have it thoroughly checked over first to make sure that the damage is not due to pests that have buried themselves inside the wood. If there are signs of termites, and you have already brought it into your home, then you may need to call a pest service found on websites such as https://www.pestcontrolexperts.com/local/alabama/ or speak to your local pest control company, so they can come and see where the damage is and if they’ve potentially infiltrated other areas.

Dinky, a brand once owned by Meccano Ltd., produced diecast zamac zinc alloy miniature vehicles. Dinky’s first set of vehicles, known as the 22 series, were introduced in 1933. They were named “Modelled Miniatures”. It was not until 1934 that they were referred to as Dinky Toys. Vintage Dinky models remain a popular brand among collectors. In 2016, a collection of 3,500 cars sold at auction for a staggering 172,000 euros. The rarest individual model is the 139 Ford Consul Cortina that was sold for 800 at Piers Motley Auctioneers in Exmouth, Devon. It was a South African issue, increasing its rarity. The secret to collecting any model car or vehicle for investment purposes is to buy it with its original box. It makes a significant difference to its value and will be something that collectors look for. Condition is also important to the serious collector, who will be your potential buyer when you come to sell the item privately or via an auction in the future.

By TV-related toys we mean those related to television shows of the past and present. There is, of course, a cross-over with movie-related merchandise which is equally collectable. The most highly prized items will be the original props that were used in the making of the programmes or movies. Dr Who is a particular favourite among collectors. Its first episode was screened on 23 November 1963 and starred William Hartnell, one of many actors to play the role of time traveller. His time machine, of course, known as the Tardis, stands for Time and Relative Dimensions in Space. Its inside was mysteriously larger than its outside dimensions as an old police box. In 2016, a Dalek, the time lord’s enemy, sold for 38,000 at an auction of film and television memorabilia. In 2019, some rare photographs of a lost Doctor Who television series that had materialised sold at auction for almost 7,000. The original Star Wars figures from the movie, which has appeared on television many times since 1977, and that is just the first of the movies, are very collectable. Particularly if they are still mint and on their original cards. Keeping the packaging with TV-related merchandise is as important as with Dinky toys, increasing their value considerably. This is in part due to it being rarer that an item has retained its original packaging. Comics, which contain televised and movie characters, have websites that are devoted just to selling them. Collectables are becoming as sought after as antiques.

So, plenty to collect. Not just because we like it, but because it might have future investment potential, whether it be a true antique or a collectable of the future.