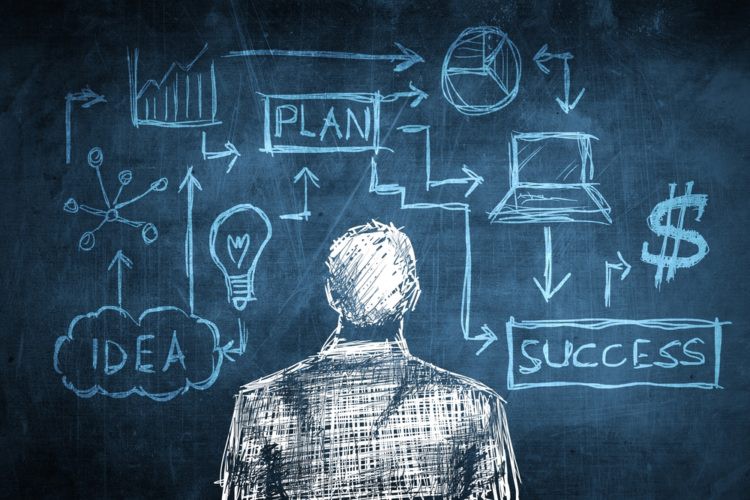 Starting a Business is Less Risky than it Seems

Entrepreneurship used to be a dream that was spawned out of a midlife crisis. But the Entrepreneurship bug is not something that hits in middle age anymore. Today, many people are starting their businesses when they are under 34 and if they are doing it so can you. To understand why starting a business is less risky than you might think, we have to go over the terrible advice out there first.

Terrible Advice 1#: You Will Not Make Enough Money

Insane. Who is making enough money at anything new? Not a single person I bet. The few who are bringing in six figures at the beginning probably spent six figures on grad school and are paying it back with a big fat interest charge on top. So the fatalists, who say you will not make enough money is telling you to never switch careers, never risk being a beginner, never bet on yourself. This approach will put you in a rut.

What several people mean when they say you will not make much money is that you will not raise the right amount of cash. After all, if you raised a ton of money to start your business, you could pay yourself a great salary. Most of the ideas you are probably having do not require ground-breaking fundraising efforts. Let’s face it, if you are coming up with ideas that require a five-million-dollar investment, that is not a really good idea.

Terrible Advice 2#: You can be Entrepreneurial in a Large Company

Large corporations suck up fast-paced, fun, innovative small business and reduce them to a bland paste of a company, and then they tell you, in an interview, that the position you are considering is very entrepreneurial. Spoiler alert, it is not. If it were entrepreneurial then it would be too big a wild card to fit into their boring and stiff corporate hierarchy. What the corporate maven really means is that the position you are interviewing for could have entrepreneurial if you were doing it yourself. But in a large company that is not going to happy.

Terrible Advice 3#: Starting your own business is far too Risky

At this point in loyalty-free corporate life, it may be higher risk to work for someone else. You probably know someone who got load off in the 90s. And you also might know someone who got off-shored in the 2000s. It was risky of them to bet that a large company would keep them around.

When you are sifting through those towering statistics that most new businesses fail, think about the angle of those numbers: seventy-six percent of new businesses make it off the ground. Sure, most do not last if they say. But are you looking to run a multinational company? Or are you looking to get control over your time, so you do not get laid off or struck travelling away from home for six weeks in a row?

It all depends on your goals, but most small business owners just want a steady stream of consistent customers so they have some agency over their lives again. Many who have experienced corporate life will express similar views. The real risk is letting yourself fall into compliancy and being grinded down by a corporation that does not care about the skills you have to bring to the table. So, what if your first business fails? You can try again with the lessons from your first business fuelling your decisions for the next business venture.

To conclude, there is so much terrible advice out there at keeps people in careers they do not want to be in. If you are one of those people, take a chance. Because even if your idea does not pan out and it does under there is always tomorrow. You can always start another business and rise up from the ashes with newfound wisdom from those failed companies. Many of the worlds business elites have had failing companies, so you can too.